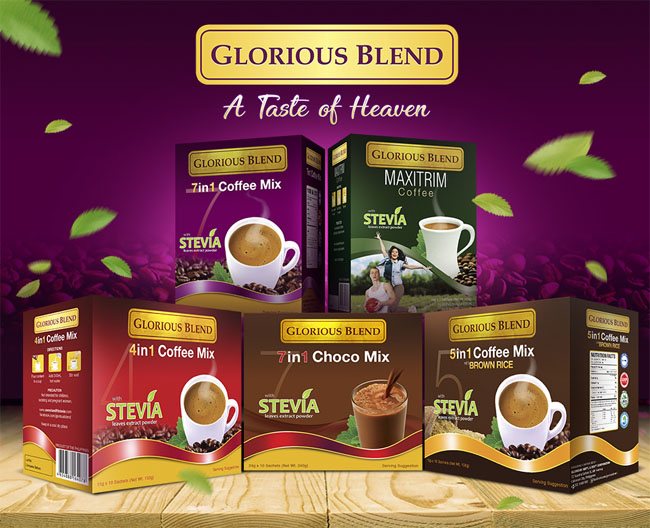 Glorious Blend is a product line manufactured by Glorious Industrial and Development Corporation that features a variety of instant drink mixes that contain natural, healthy ingredients to keep you energized throughout the day. These ingredients include malunggay, mangosteen, calcium, gotu kola, coffee, and creamer. What makes the Glorious Blend products standout is that they are sugar free. Instead, they use a healthy organic alternative called Stevia which has no calories, no carbohydrates, and zero glycemic index.

But First, Where Did Coffee Come From?

Did you know that coffee was first invented in the ancient coffee forests on the Ethiopian plateau by a man named Kaldi?

Kaldi discovered coffee when he noticed that, after eating the berries from a certain tree, his goats became so energetic that they did not want to sleep at night.

Kaldi reported his findings to the abbot of the local monastery, who then made a drink with the berries and found that it kept him alert throughout the long hours of evening prayer. The abbot shared his discovery with the other monks in the monastery, and knowledge of the energizing berries began to spread.

As word moved east and coffee reached the Arabian Peninsula, it began a journey which would bring the beans across the globe

What is the History of Coffee in the Philippines?

According to the Phil Coffee Board, The first coffee tree was introduced in Lipa, Batangas in 1740 by a Spanish Franciscan monk. From there, coffee-growing spread to other parts of Batangas like Ibaan, Lemery, San Jose, Taal, and Tanauan. Batangas owed much of its wealth to the coffee plantations in these areas and Lipa eventually became the coffee capital of the Philippines.

By the 1860s, Batangas was exporting coffee to America through San Francisco. When the Suez Canal was opened, a new market started in Europe as well. Seeing the success of the Batangeños, Cavite followed suit by growing the first coffee seedlings in 1876 in Amadeo. In spite of this, Lipa still reigned as the center for coffee production in the Philippines and Batangas barako was commanding five times the price of other Asian coffee beans.

In 1880, the Philippines was the fourth largest exporter of coffee beans, and when the coffee rust hit Brazil, Africa, and Java, it became the only source of coffee beans worldwide.

The glory days of the Philippine coffee industry lasted until 1889 when coffee rust hit the Philippine shores. That, coupled with an insect infestation, destroyed virtually all the coffee trees in Batangas.

A few of the surviving coffee seedlings were transferred from Batangas to Cavite, where they flourished. This was not the end of the Philippines’ coffee growing days, but there was less area allotted to coffee because many farmers had shifted to other crops.

During the 1950s, the Philippine government, with the help of the Americans, brought in a more resistant variety of coffee. It was also then that instant coffee was being produced commercially, thus increasing the demand for beans.

Because of favorable market conditions, many farmers went back to growing coffee in the 1960s. But the sudden proliferation of coffee farms resulted in a surplus of beans around the world, and for a while importation of coffee was banned in order to protect local coffee producers. When Brazil was hit by a frost in the 1970’s, world market coffee prices soared. The Philippines became a member of the International Coffee Organization (ICO) in 1980.

What Are The Health Benefits Of Coffee?

Did you know that coffee can help prevent cancer?

According to the studies of Harvard, Coffee may affect how cancer develops, ranging from the initiation of a cancer cell to its death.

For example, coffee may stimulate the production of bile acids and speed digestion through the colon, which can lower the number of carcinogens to which colon tissue is exposed.

Caffeine itself may interfere with the growth and spread of cancer cells. Coffee also appears to lower inflammation, a risk factor for many cancers.

The beneficial health effects of coffee, with improved antioxidant responses and reduced inflammation, are both important important in cancer prevention. Evidence from the American Institute for Cancer Research concludes that drinking coffee may reduce risk for endometrial and liver cancer, and based on a systematic review of a large body of research, it is not a risk for the cancers that were studied.

Why Is Coffee So Popular?

Ever wonder why coffee is so popular?
Below we’ve compiled, Five of The Most Amazing Coffee Trivia’s For You:

Did you know that Americans drink 400 million cups of coffee a day, or more than 140 billion cups a year, making the United States the world’s leading consumers of Coffee?

The most popular is Roast and ground coffee, accounting for 45% of total coffee sales in the United States.

In the US, there is great interest in the work of the barista. At the moment, approximately 574,400 Americans are working as baristas.

What Is Instant Coffee Mix?

You might be wondering where did instant coffee originate from? According to History of Coffee, the first “instant coffee” was made in Britain in 1771. It was called a “coffee compound” and had a patent granted by the British government. The first American instant coffee was created in 1851.

It was used during the Civil War and experimental “cakes” of instant coffee were shared in rations to soldiers. David Strang of Invercargill, New Zealand invented and patented instant or soluble coffee in 1890.

For its manufacturing, it used something called the “Dry Hot-Air” process. The first successful method of creating a stable soluble coffee powder was invented by Japanese-American chemist Satori Kato of Chicago in 1901, and it was patented in 1903. George Constant Louis Washington, an American inventor of Belgian descent developed his own instant coffee process after Kato and made the first commercial brand of it in 1910.

During the First World War, instant coffee became very popular because the U.S. military bought all the available supplies and included them in soldier’s rations.

In 1930, Brazil had large coffee surpluses spoil, so the Brazilian Coffee Institute asked the chairman of the Nestlé to create a flavorful soluble coffee product which will help with the storage problem and also possibly increase overall coffee sales.

Initial methods made products that had inferior flavors and that did not dissolve very well. Nestlé agreed and began several years of research in order to solve the problem. The breakthrough came in 1937 when Nestlé scientist Max Morgenthaler invented a new instant coffee making method. The finished product is what we know today as Nescafé.

Nescafé went into market in 1938, and the process involving drying equal amounts of coffee extract and soluble carbohydrates produce a better tasting instant coffee which quickly became very popular. In 1954, they developed a method to produce instant coffee without the use of carbohydrates. In a method called agglomeration, instant coffee particles are steamed which make them tick together in clumps. Instead of adding even more heat which would diminish the flavor, a new freeze-drying method was utilized to produce a higher-quality, better tasting product. In

In 1938, they began selling it and because process involves drying equal amounts of coffee extract and soluble carbohydrates, it makes a better tasting instant coffee which quickly becomes very popular. In the times of the Second World War, instant coffee is again very popular among the soldiers.

In 1954 Nescafe develops a method to produce instant coffee using only coffee, without added carbohydrates for stabilization like before. A method called agglomeration was used, which is done by steaming the instant coffee particles which make them stick together in clumps. The only problem is that another heating further worsens the coffee’s flavor. A new method called freeze-drying becomes the preferred method of making instant coffee because it generally results in a higher-quality product with better taste.

What are the Benefits of Instant Coffee?

Instant coffee is drunk by millions of people around the world. People of all ages love it, but did you know that there are actually benefits to drinking instant coffee?
Here are some of the main benefits of instant coffee:

Benefits of the Healthiest Instant Coffee:

When it comes to choosing coffee you may be wondering which ones to choose, after all there are so many coffee brands out there. In each commercial that you see on TV or Digital Advertising, all you see is brand after brand after brand. Mostly endorsed by a well-known celebrity, you see it all the time.

When it comes to choosing the healthiest instant coffee, it needs to have ingredients that, not only make it taste good, but also make it jam-packed with nutrients and benefits. 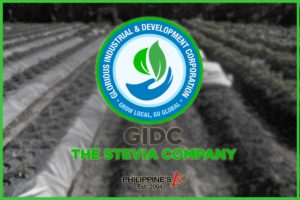 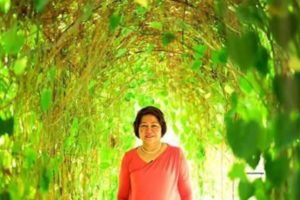