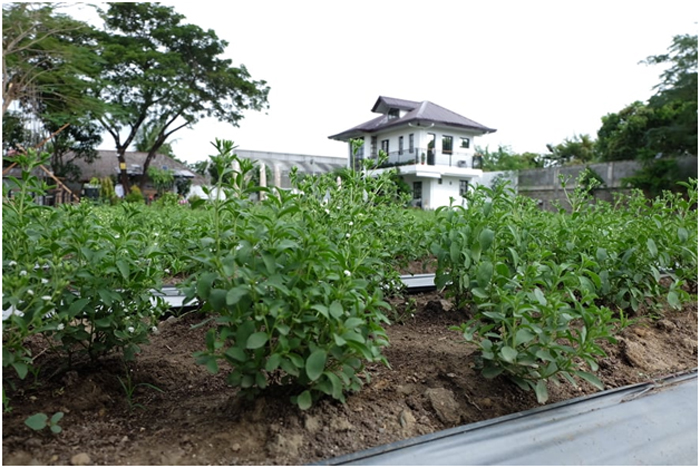 How delightful would it be for one to indulge in sweets without having to think about the many side effects on our health.

Why wouldn’t we be concerned? In 2019, diabetes was the ninth leading cause of death with an estimated 1.5 million deaths directly caused by diabetes, according to the World Health Organization.

But in introspect, the numbers hit closer to home

In the Philippines alone, an annual increase of 7.8% among Filipinos has been recorded based on the 2020 data from the Philippine Statistics Authority.

Indeed, having a sweet tooth has its drastic downsides. But wouldn’t it be nice to indulge in your cravings without the guilt and the health concerns?

Seemingly a daydream for “sweet lovers” but in reality, there is a healthier option three hundred times sweeter than sugar and with a caloric value of zero.

The Stevia plant, once processed, is a popular sugar substitute that comes from its Stevia Rebaudiana Bertoni extract.  A ton of stevia is roughly 15 tons of refined sugar.

Apart from having no calories, Stevia also contains no carbs, cholesterol, fats, bitter taste, nor other chemicals.

Many countries have also adopted the use of this wonder plant which originates from Paraguay, as a healthy replacement for sugar, considering the alarming rate of people having diabetes.

Fortunately, the country’s first Stevia grower-manufacturer has intensified its advocacy for the rising number of diabetics in the Philippines.

“Stevia has been touted as a safe and healthy sugar substitute with proven health benefits. It can sweeten foods, and it has several health benefits, including decreased calorie intake, lower blood sugar levels, and less risk of cavities,” said Maura De Leon, the woman behind Glorious Industrial and Development Corporation – GIDC, The Stevia Company, the country’s first stevia grower and manufacturer.

“Before, stevia was restricted to the health food market without any FDA approval. With recent developments in technology, it is now widely used as a substitute for artificial sweeteners in many products. USFDA considered Stevia as GRAS (Generally Recognized as Safe),” Michelle added.

Stevia does not affect blood sugar, making it a popular option for people looking to lose weight but who want to reduce their sugar intake.

The company’s flagship product, Sweet and Fit Stevia, is the first stevia herbal dietary supplement introduced in the Philippines that was registered by the Food and Drug Administration.

GIDC, is also the maker of Glorious products that includes no sugar added coffee and chocolate mixes. It recently introduced its no sugar iced tea mixes in major supermarkets and groceries.

Consumers who cut on sugar in their diet can now enjoy low calorie, no sugar iced tea mixes and beverages that are sweetened by natural alternatives.

Since its establishment more than 17 years ago, GIDC has been committed in curbing Diabetes with the help of its local farmers, partners, and other support groups.

GIDC likewise supports their partner farmers by providing housing, better working environment, scholarship for their children and medical assistance, among others, as its way of giving back to their partner towards a Diabetes -free Philippines. 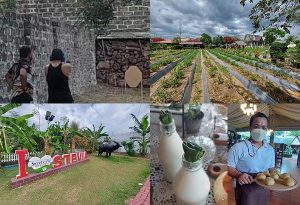